Thomas Malthus, an English economist and demographer, in 1798, proposed a theory that population growth will always tend to outrun the food supply and hence population growth needed to be controlled to prevent dire consequences.

When Malthus penned this statement there were 800 million humans alive, today we number over 7.8 billion and according to the UN the proportion of undernourished people in the world has declined ( at least in recent times) from 15 % in 2000-2004 to 8.9 % in 2019.It therefore appears that we are feeding 10 times the number from Malthus’s era and nourishing them more fully. Projecting forward to 2050 many estimate there will be nearly 10 billion people on earth by then.

According to Deloittes, Australia currently feeds roughly 60-70 million people annually, (based on top-down logic that Australian agriculture currently feeds the domestic population, and that we export about two thirds of our production). Looking forward the good news is there will be an ever-increasing demand for Australian foodstuffs, but even with productivity gains of 2 % per annum from precision ag, new seed varieties and plant protection products we aren’t going to be the food bowl of the world. We will however feed perhaps another million or so people extra a year until there are no further productivity gains to capture. It seems few if any production systems can escape the law of diminishing marginal returns, i.e. an additional unit of input will decrease marginal output.

Australia is a big exporter of Wheat and Beef

Australia exports north of 20 million tons of wheat in a good year, and about 1.4 million tons of beef and veal, an amazing effort for 25 million people. Can these tonnages be increased significantly, well in 2018 and 2019 due to drought wheat exports fell to a little over 9 million tons.

What about Water Scarcity?

According to Michael Burt of NSW Farmers , “THE Great Artesian Basin Sustainability Initiative (GABSI) is hailed by many as the most beneficial project ever provided to Australian agriculture.

Since its inception 20 years ago, the upgrading of more than 750 free-flowing bores and the installing of almost 32,000km of pipe drains has resulted in massive annual water savings of 250 gigalitres for one of the world’s largest underground freshwater resources. Before the capping and piping of the bores, up to 95% of Great Artesian Basin (GAB) water was being wasted through evaporation and seepage in free-flowing drains – which has been a problem ever since commercial exploitation of the Basin’s water and pressure resources began in 1878.” 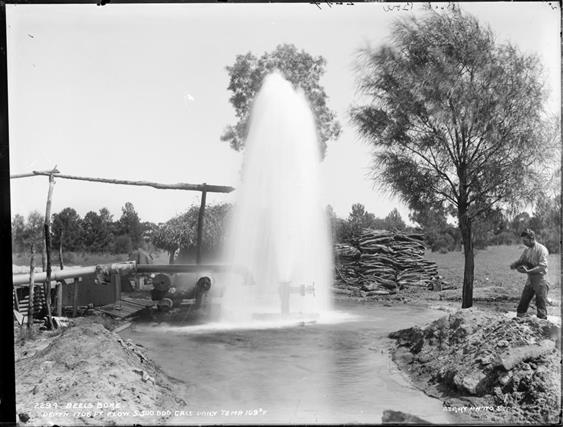 The Bureau of Meteorology informs us that every year since 2013 has been in the top 10 warmest years on record, that rainfall patterns will be disrupted more frequently and extreme weather events (floods, droughts and heatwaves) will become more common and severe.

Now there’s a polarizing question. Why not just clear more native forest, cultivate native grasslands? Well looking at the Red list table below that’s not such a good idea in terms of impact upon our native flora and fauna. 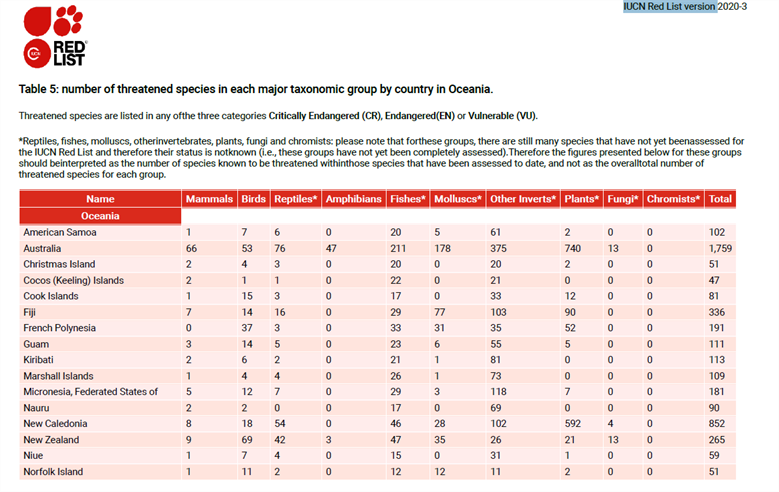 Yes we are a large landmass, Australia is the 6th biggest country in the world at 7.692 million km² and all of the other countries listed on this comparison list of Oceania above would easily fit into Australia (putting these figures into context).

We do know deforestation and tree-clearing are the major cause of habitat loss for many threatened and endangered species. So further land clearing isn’t the answer without further losses to our biodiversity. In reality there is a growing body of farmers and graziers that are practicising regenerative agriculture (RA).An RA system promotes abundant and diverse biological activity in the soil leading to increased soil carbon and humates, aiding the soil to absorb and hold water and obviously No-Till /conservation tillage is a part of this.

City Planning to restrict the loss of arable land

It is incumbent upon town planners to ensure valuable arable land is not zoned residential and lost to housing, as has happened in the Sydney basin where the city has sprawled all the way to the Blue Mountains. Research by sydneyfoodfutures.net states that “if we continue down the path we’re on, Sydney stands to lose over 90% of its current fresh vegetable production. Total food production could shrink by 60%, and the Sydney food bowl’s capacity to feed its’ residents could drop from meeting 20% of food demand down to a mere 6%.”

Studies commissioned by the FAO estimate yearly global food loss and waste by quantity at roughly 30 percent of cereals, 40–50 percent of root crops, fruits and vegetables, 20 percent of oilseeds, meat and dairy products, and 35 percent of fish.

In summary, we will never produce enough food to be the world’s food bowl and be the answer to a sprawling global population, but we are now and will remain a valuable contributor of high-quality food (and fibre). Will Robert Malthus’s dire prediction become reality by the middle of this century, well 10 billion people is a big number to feed and must raise sustainability issues in the long term. However, it seems our best hope lies in minimalizing food loss and waste, cutting back on fossil fuels and accepting, especially in western society, that we all need to consume less, not more, for only space is infinite.

AQF3 Chemical Accreditation Online Course
Learn at your own pace